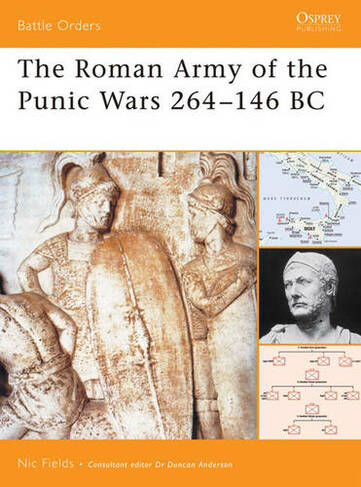 As Rome's power and influence extended across the Mediterranean, she was destined for a collision with the Carthaginian Empire, a clash ultimately resulting in the decisive Second Punic War. At first the Roman Army was no match for the superior tactics and leadership of Hannibal and his troops. However, talented generals like Scipio Africanus transformed the legions into a formidable fighting force. Covering Rome's catastrophic defeats at Lake Trasimene and Cannae to her final victory at Zama, this book examines the development of Roman tactics and organization through Rome's transition from a city-based state to a Mediterranean powerhouse. col. Illustrations

Dr Nic Fields started his career as a biochemist before joining the Royal Marines. Having left the military, he went back to University and completed a BA and PhD in Ancient History at the University of Newcastle. He was Assistant Director at the British School at Athens, Greece, and then a lecturer in Ancient History at the University of Edinburgh. Nic is now a freelance author and researcher. The author lives in France.