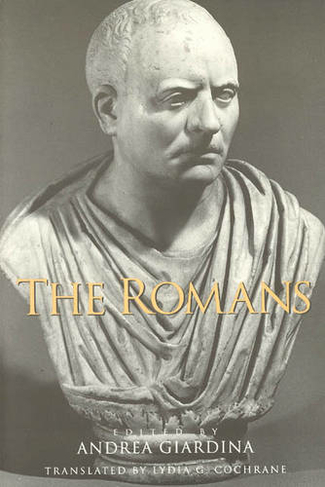 In this book, third in a series which includes Jacques Le Goff's "Medieval Characters" and Eugenio Garin's "Renaissance Portraits," leading scholars search for the character of the ancient Romans through portraits of Rome's most typical personages. Essays on the politician, the soldier, the priest, the farmer, the slave, the merchant, and others together create a fresco of Roman society as it spanned 1300 years. Synthesizing a wealth of current research, "The Romans" surveys the most complex society ever to exist prior to the Industrial Age. Searching out the identity of the ancient Roman, the contributors describe an urbane figure at odds with his rustic peers, known for his warlike nature and his love of virtue, his magnanimity to foreigners and his predilection for cutting off his enemies' heads. Most important, perhaps, of the themes explored throughout this volume are those of freedom and slavery, of citizenship and "humanitas." What results from the depictions Roman society through time and across its many constituent cultures is the variety of Roman identity in all its richness and depth. These masterful essays will engage the general reader as well as the specialist in history and culture. Andrea Giardina is professor of Roman history at the University of Rome and editor of several multivolume scholarly works on ancient Rome.