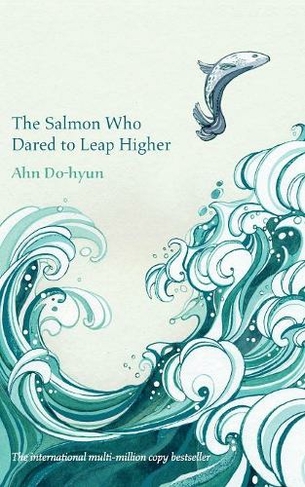 The Salmon Who Dared to Leap Higher

The life of the salmon is a predictable one: swimming upstream to the place of its birth to spawn, and then to die. This is the story of a salmon whose silver scales mark him out as different - who dares to leap beyond his fate. It's a story about growing up, and about aching and ardent love. For swimming upstream means pursuing something the salmon cannot see: a dream. Translated for the first time into English, The Salmon Who Dared To Leap Higher is a wise, tender and inspiring modern fable about finding freedom and a harmony with nature we have either forgotten or lost in the binding realities of life.

Ahn Do-hyun is a multi-million bestselling, award-winning Korean poet. He was born in 1961 in Yeocheon, Korea, and graduated from Wonkwang University where he studied Korean literature. His writing career took off when he won the Daegu Maeil Shinmun Annual Literary Contest with his poem 'Nakdong River' in 1981 and the Dong-A Ilbo Annual Literary Contest with his poem 'Jeon Bong-jun Goes to Seoul' in 1984. Ahn also received the 1996 Young Poet's Award and the 1998 Kim So-wol Literature Prize. This is his first work to be translated into English.