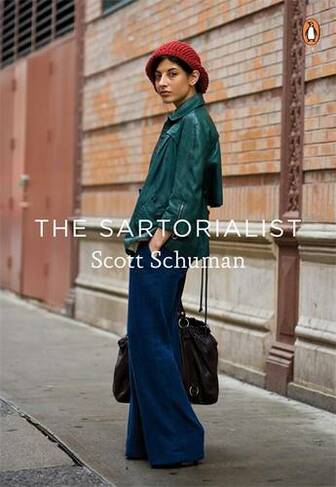 Scott Schuman just wanted to take photographs of people on the street who looked great. His now famous blog ['the bellwether American site that turned photo blogging into an art form'New York Times] was an attempt to showcase the wonderful and varied sartorial tastes of real people - not only those of the fashion industry. The book is a beautiful anthology of Scott's favourite shots from around the world. They include photographs of well-known fashion figures as well as those shots of the anonymous passerby whose imagination and taste delight the viewer. From the streets of Rio to Bejing, Stockholm to Milan, these are the people that have inspired Scott and in turn, inspired designers and people of all ages, wages and nationalities with an interest in fashion. Intimately designed and created with Scott, the book is a handsome object in its own right, in full colour on hand-picked, quality paper. full colour photographs

Scott Schuman started The Sartorialist simply to share photos of people that he saw on the streets of New York that he thought looked great. Having worked in fashion industry for fifteen years, he felt there was a disconnect between what he was selling in the showroom and what he was seeing real people (really cool people) wearing in real life. The Sartorialist was his attempt to redress the balance. He began shooting people on the street in a way that he knew most designers hunted for inspiration. Since its beginning the blog has become hugely respected and influential in the fashion industry and beyond, and currently receives over 100,000 hits a day. Scott Schuman now has a monthly page in GQ, shoots regularly for many top fashion magazines around the world, covers all the fashion shows for Style.com, has had his photographs appear in the windows of Saks Fifth Avenue, appeared in a GAP ad himself, and has been picked by Time magazine as one of their top 100 design influencers.