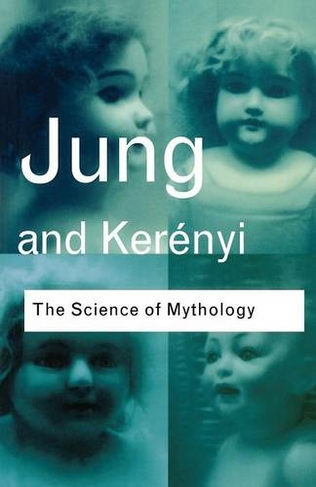 The Science of Mythology: Essays on the Myth of the Divine Child and the Mysteries of Eleusis (Routledge Classics 2nd New edition)

When Carl Jung and Carl Kerenyi got together to collaborate on this book, their aim was to elevate the study of mythology to a science. Kerenyi wrote on two of the most ubiquitous myths, the Divine Child and The Maiden, supporting the core 'stories' with both an introduction and a conclusion. Jung then provided a psychological analysis of both myths. He defined myth as a story about heroes interacting with the gods. Having long studied dreams and the subconscious, Jung identified certain dream patterns common to everyone. These 'archetypes' have developed through the centuries, and enable modern people to react to situations in much the same way as our ancestors. From nuclear annihilation to AIDS and Ebola, we continue to engage the gods in battle. Science of Mythology provides an account of the meaning and the purpose of mythic themes that is linked to modern life: the heroic battles between good and evil of yore are still played out, reflected in contemporary fears.

Carl Gustav Jung (1875-1961). Founded the analytical school of psychology and is responsible for bringing psychology into the twentieth century by developing a new theory of the unconscious.