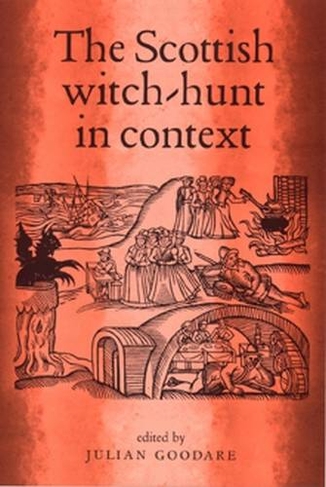 The Scottish Witch-Hunt in Context

By Julian Goodare (Contributor)
Paperback
https://www.whsmith.co.uk/products/the-scottish-witchhunt-in-context/julian-goodare/paperback/9780719060243-12-000.html £16.55 rrp £17.99 Save £1.44 (8%)
GBP
Availability
In Stock
Free Delivery Available When You Spend £25 Or More
Details
Spend £25 on eligible products to receive free standard delivery to home or free next working day click and collect to store
Share

A collection of essays on Scottish witchcraft and witch-hunting, which covers the whole period of the Scottish witch-hunt, from the mid-sixteenth century to the early eighteenth. Includes studies of particular witchcraft panics such as a reassessment of the role of King James VI. Covers a wide range of topics concerned with Scottish witch-hunting and places it in the context of other topics such as gender relations, folklore, magic and healing, and moral regulation by the church and state. Provides a comparative dimension of witch-hunting beyond Scotland - one on the global context, and one comparing Scotland with England. It is a showcase for the latest thinking on the subject and will be of interest to all scholars studying witchcraft in early modern Europe, as well as the general reader wanting to move beyond shallow and sensational accounts of a subject of compelling in. -- .

Julian Goodare is Lecturer in Scottish History at the University of Edinburgh -- .