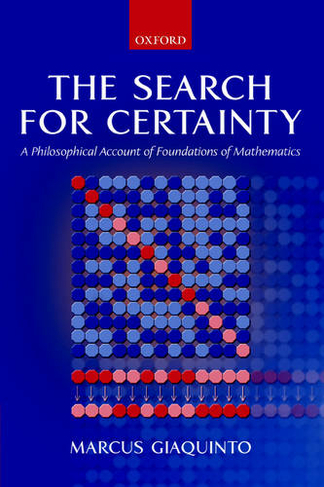 The Search for Certainty: A Philosophical Account of Foundations of Mathematics

Marcus Giaquinto traces the story of the search for firm foundations for mathematics. The nineteenth century saw a movement to make higher mathematics rigorous; this seemed to be on the brink of success when it was thrown into confusion by the discovery of the class paradoxes. That initiated a period of intense research into the foundations of mathematics, and with it the birth of mathematical logic and a new, sharper debate in the philosophy of mathematics. The Search for Certainty focuses mainly on two major twentieth-century programmes: Russell's logicism and Hilbert's finitism. Giaquinto examines their philosophical underpinnings and their outcomes, asking how successful they were, and how successful they could be, in placing mathematics on a sound footing. He sets these questions in the context of a clear, non-technical exposition and assessment of the most important discoveries in mathematical logic, above all Goedel's underivability theorems. More than six decades after those discoveries Giaquinto asks what our present perspective should be on the question of certainty in mathematics. Taking recent developments into account, he gives reasons for a surprisingly positive response.