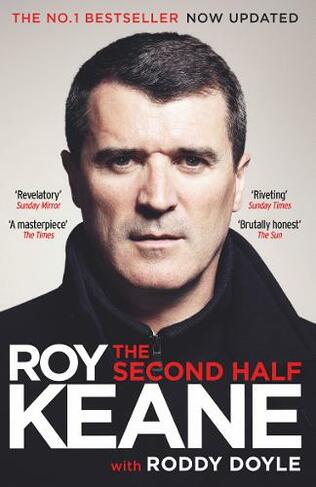 'A masterpiece ... thoughtful and self-mocking, insightful and funny' THE TIMES 'He's scarily extreme, dangerously provocative, oxy-acetylene forthright ... and hugely entertaining' SCOTLAND ON SUNDAY 'Searingly honest' THE SUN 'A thoroughly entertaining rampage' Matt Dickinson, THE TIMES BOOKS OF THE YEAR No. 1 bestselling memoir of Roy Keane, former captain of Manchester United and Ireland - co-written with Man Booker Prize-winner Roddy Doyle. In a stunning collaboration with Booker Prize-winning author Roddy Doyle, Roy Keane gives a brutally honest account of his last days as a player, the highs and lows of his managerial career, and his life as an outspoken ITV pundit. 'Roy Keane's book is a masterpiece . . . It may well be the finest, most incisive deconstruction of football management that the game has ever produced' Mail on Sunday 'A genuine pleasure . . . His thoughts on his players are humane, interesting, candid and never less than believable' The Times 'The best things are the small things: regretting joining Ipswich when he discovered the training kit was blue; refusing to sign Robbie Savage because his answerphone message was rubbish; being appalled that his side had listened to an Abba song before playing football' Evening Standard 'The book is brilliantly constructed, rattling along at breakneck speed . . . full of self-deprecation . . . a ruthless self-examination' Daily Telegraph

ROY KEANE was born in Cork in 1971, and is now a television pundit for ITV after an astonishingly successful football career as captain of Manchester United and Ireland. He is currently the assistant manager of the Republic of Ireland football team. RODDY DOYLE was born in Dublin in 1958 and still lives there today. He is the author of ten acclaimed novels including THE COMMITMENTS, THE SNAPPER, THE VAN and most recently THE GUTS; two collections of short stories; RORY & ITA, a memoir about his parents; and TWO PINTS, a collection of dialogues. He won the Booker Prize in 1993 for PADDY CLARKE HA HA HA, and his 1991 novel THE VAN was a Booker Prize finalist.