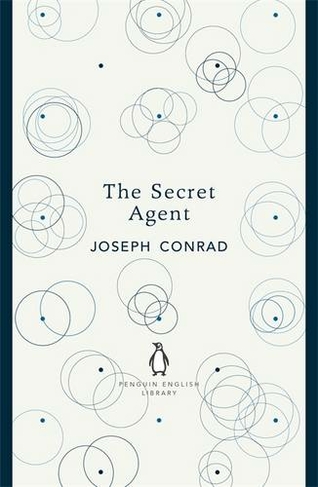 By Joseph Conrad (Author)
Paperback
£5.39 rrp £5.99 Save £0.60 (10%)
GBP
Availability
In Stock
Free Delivery Available When You Spend £25 Or More
Details
Spend £25 On Products To Receive Free Standard Delivery To Your Home
Share

The Penguin English Library Edition of The Secret Agent by Joseph Conrad 'Madness and despair! Give me that for a lever, and I'll move the world' In the only novel Conrad set in London, The Secret Agent communicates a profoundly ironic view of human affairs. The story is woven around an attack on the Greenwich Observatory in 1894 masterminded by Verloc, a Russian spy working for the police, and ostensibly a member of an anarchist group in Soho. His masters instruct him to discredit the anarchists in a humiliating fashion, and when his evil plan goes horribly awry, Verlac must deal with the repercussions of his actions. The Penguin English Library - 100 editions of the best fiction written in English, from the eighteenth century and the very first novels, to the beginning of the First World War.

Joseph Conrad was born in the Ukraine in 1857 and grew up under Tsarist autocracy. In 1874 he travelled to Marseilles, where he served in French merchant vessels before joining a British ship in 1878 as an apprentice. In 1886 he obtained British nationality, before leaving the sea eight years later to devote himself to writing. He published his first novel, Almayer's Folly, in 1895, and produced within fifteen years such astounding works as Youth, Heart of Darkness, Lord Jim, Typhoon, Nostromo, Under Western Eyes and Victory. He continued to write until his death in 1924.Heart of Darkness, Lord Jim and Nostromo are also published in the Penguin English Library.