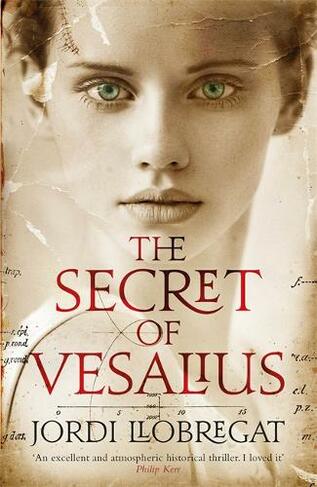 The Secret of Vesalius

Frankenstein meets The Shadow of the Wind in a Gothic thriller set in the diabolical city of fin-de-siecle Barcelona. Daniel Amat has left Spain and all that happened there behind him. Having just achieved a brilliant role in Ancient Languages at Oxford University and an even more advantageous engagement, the arrival of a letter - a demand - stamped Barcelona comes like a cold hand from behind. He arrives back in that old, labyrinthine and near-mythic city a few days before the great 1888 World Fair, amid dread whispers of murders - the injuries reminiscent of an ancient curse, and bearing signs of the genius 16th century anatomist, Vesalius. Daniel is soon pulled into the depths of the crime, and eventually into the tunnels below Barcelona, where his own dark past and the future of science are joined in a terrible venture - to bring the secret of Vesalius to life. Gothic and gripping, this historical thriller makes of Barcelona a diabolical character - emerging out of the dark into a new electrical age, aflame with spirit, superstition and science. Published in eighteen countries, Jordi Llobregat's bestselling first novel mixes a passionate setting and cryptic mystery into a genre-crossing phenomenon.

Jordi Llobregat began writing at the age of twelve after watching the film The Man from Acapulco with Jean Paul Belmondo and Jacqueline Bisset. He currently combines writing with his work as head of a company that works on community development in cities. His work has been included in several short story anthologies and he is a member of the writing group, El Cuaderno Rojo. He is director of the noir fiction festival, Valencia Negra. The Secret of Vesalius is his first novel and has been published in eighteen countries worldwide. He lives in Valencia, Spain.