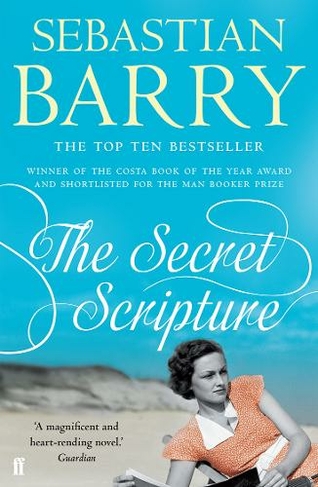 A SUNDAY TIMES TOP 100 NOVEL OF THE TWENTY-FIRST CENTURY COSTA BOOK OF THE YEAR 2008 Nearing her one-hundredth birthday, Roseanne McNulty faces an uncertain future, as the Roscommon Regional Mental hospital where she's spent the best part of her adult life prepares for closure. Over the weeks leading up to this upheaval, she talks often with her psychiatrist Dr Grene, and their relationship intensifies and complicates. Told through their respective journals, the story that emerges is at once shocking and deeply beautiful. Refracted through the haze of memory and retelling, Roseanne's story becomes an alternative, secret history of Ireland's changing character and the story of a life blighted by terrible mistreatment and ignorance, and yet marked still by love and passion and hope.

Sebastian Barry was born in Dublin in 1955 and educated at The Catholic University School and Trinity College, Dublin, where he was later Writer Fellow in 1996. His plays include Boss Grady's Boys (1988), The Steward of Christendom (1995), Our Lady of Sligo (1998), and The Pride of Parnell Street (2007), and his novels, The Whereabouts of Eneas McNulty (1998), Annie Dunne (2002), and most recently A Long Long Way (2005), which was the Dublin: One City One Book choice for 2007 and was shortlisted for the Man Booker and the Dublin International Impac Prize. He has won among other awards the Irish-America Fund Literary Award, The Christopher Ewart-Biggs Prize, the London Critics Circle Award, and The Kerry Group Irish Fiction Prize. He lives in Wicklow with his wife Ali and three children, Merlin, Coral and Tobias.