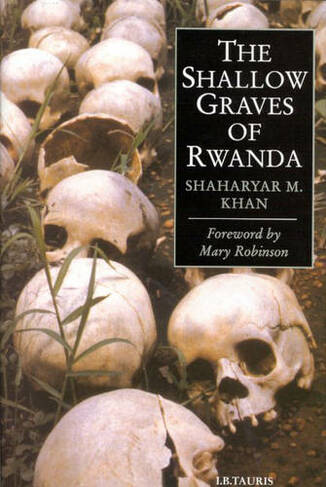 The Shallow Graves of Rwanda

How does the world community, and particularly the United Nations, deal with genocide? "The Shallow Graves of Rwanda" is an account of the UN Secretary-General's Special Representative in Rwanda in the mid-1990s. Shaharyar M. Khan's tenure began in the immediate aftermath of the downing of President Habarimana's plane on 6 April 1994 and the massacres that followed. Khan details his encounters with the region's leading actors - Rwanda's soldiers and politicians, victims and survivors, as well as some of the perpetrators of the massacres. He also dealt with people involved in international relief and humanitarian relief efforts, trying to revive the stricken villages and towns and tackle the floods of refugees and orphaned children. Setting everyday events in Rwanda against the backdrop of international politics, this book reveals how the UN works on the ground and at headquarters and explores the problems of peacekeeping. The author backs up his conclusions on the phenomenon and nature of genocide with documentary evidence and shows how the lessons of Rwanda can provide valuable guidance for the future. 16 b&w plates