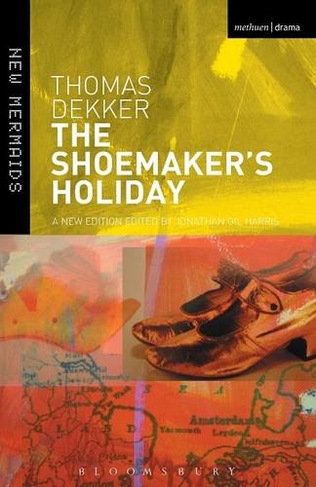 'I know the trade: I learned it when I was in Wittenberg' Thus speaks Lacy, the gentleman who disguises himself as a simple shoemaker in order to win his true love, the grocer's daughter Rose. The Shoemaker's Holiday is one of the most engaging citizen comedies of the 17th century. Written and first performed at much the same time as Hamlet, it has an unexpected affinity with Shakespeare's tragedy: both feature a leading character who has spent time in Wittenberg, where he has learned something that has changed him. But whereas Hamlet's Wittenberg philosophy steers him into the realm of the individuated self, Lacy's Wittenberg trade directs him and his fellows into the world of the collectively crafted commodity. In the process, the play offers fascinating insight into the evolution of fashion and the growth of consumer culture in newly capitalist London. This new student edition contains a lengthy new Introduction with background on the author, date and sources, the play's major preoccupations, and stage history. The editor, Jonathan Gil Harris, is Professor of English at George Washington University. he is the author of Foreign Bodies and the Body Politic, Sick Economies, and Untimely Matter in the Time of Shakespeare. N/A

Jonathan Gil Harris is Professor of English at George Washington University, where he teaches Shakespeare, Renaissance Drama, and Critical Theory. He is the author of numerous essays on the drama and culture of Shakespeare and his contemporaries. He has also co-edited, with Natasha Korda, Staged Properties in Early Modern English Drama (Cambridge).