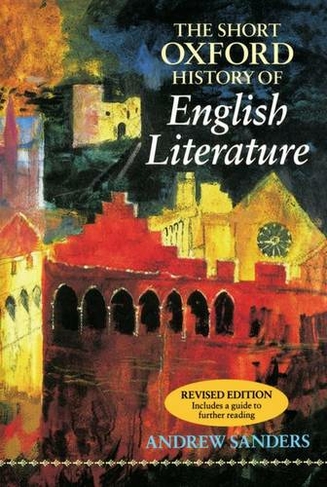 The Short Oxford History of English Literature provides in a single volume a comprehensive beginner's guide to the literature of the British Isles from the Anglo-Saxon period to the present day. Now established as the leading introduction to English literature, separate chapters trace the development from Beowulf to the `post-modern' fictions of Seamus Heaney and Angela Carter. The History provides detailed discussion of Old and Middle English Literature, the Renaissance, Shakespeare, the seventeenth and eighteenth centuries, the Romantics, Victorian and Edwardian literature, Modernism, and post-war writing. Discussions of key writers and works from Anselm and Chaucer to Spencer and Bunyan, and from Swift and Johnson to Dickens and D.H. Lawrence, are combined with analysis of the impact on literature of contemporary political, social, and intellectual developments. The History looks again at the canon of English literature and provides a fresh assessment of the distinctive contribution of Scottish, Irish, and Welsh writers, and it asks about the future of the canon in the light of the fragmented condition of British writing in the post-imperial period. This revised edition includes for the first time detailed, chapter-by-chapter guidance on further reading. Lively, accessible, and up-to-date, The Short Oxford History of English Literature will be an invaluable source for general readers and a key textbook for sixth-form students, first year undergraduates, and foreign students of English literature.

Dr Sanders is editor of the World's Classics Editions of Gaskells' Sylvia's Lovers (1982); Thackeray's Barry Lyndon (1984); Dickens's A Tale of Two Cities (1988); and Hughes's Tom Brown's Schooldays (1989). He contributed the Victorians chapter in the Oxford Illustrated History of English Literature. He is the author of A Companion A Tale of Two Cities (Unwin Hyman, 1988); Charles Dickens: Resurrectionist(Macmillan, 1982), and The Victorian Historical Novel 1840-1880 (Macmillan, 1978).