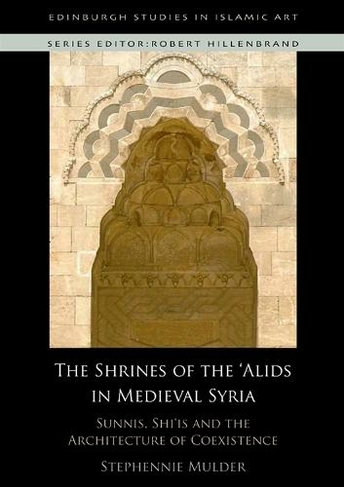 The Shrines of the 'Alids in Medieval Syria Sunnis, Shi'is and the Architecture of Coexistence

The first illustrated, architectural history of the 'Alid shrines, increasingly endangered by the conflict in Syria The 'Alids (descendants of the Prophet Muhammad) are among the most revered figures in Islam, beloved by virtually all Muslims, regardless of sectarian affiliation. This study argues that despite the common identification of shrines as 'Shi'i' spaces, they have in fact always been unique places of pragmatic intersectarian exchange and shared piety, even - and perhaps especially - during periods of sectarian conflict. Using a rich variety of previously unexplored sources, including textual, archaeological, architectural, and epigraphic evidence, Stephennie Mulder shows how these shrines created a unifying Muslim 'holy land' in medieval Syria, and proposes a fresh conceptual approach to thinking about landscape in Islamic art. In doing so, she argues against a common paradigm of medieval sectarian conflict, complicates the notion of Sunni Revival, and provides new evidence for the negotiated complexity of sectarian interactions in the period.

Stephennie Mulder is Assistant Professor in Islamic Art and Architecture at the The University of Texas at Austin.