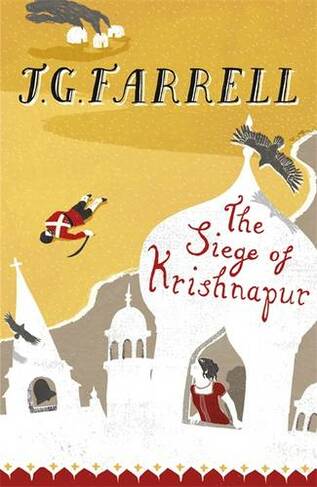 The Siege Of Krishnapur

In the Spring of 1857, with India on the brink of a violent and bloody mutiny, Krishnapur is a remote town on the vast North Indian plain. For the British there, life is orderly and genteel. Then the sepoys at the nearest military cantonment rise in revolt and the British community retreats with shock into the Residency. They prepare to fight for their lives with what weapons they can muster. As food and ammunition grow short, the Residency, its defences battered by shot and shell and eroded by the rains, becomes ever more vulnerable. The Siege of Krishnapur is a modern classic of narrative excitement that also digs deep to explore some fundamental questions of civilisation and life. 'Suspense and subtlety, humour and horror, the near-neighbourliness of heroism and insanity: it is rare to find such divergent elements being controlled in one hand and being raced, as it were, in one yoke. But Farrell manages just this here: his imaginative insight and technical virtuosity combine to produce a novel of quite outstanding quality' The Times 'The magnificient passages of action in The Siege of Krishnapur, its gallery of characters, its unashamedly detailed and fascinating dissertations on cholera, gunnery, phrenology, the prodigal inventiveness of its no doubt also well-documented scenes should satisfy the most exacting and voracious reader. For a novel to be witty is one thing, to tell a good story is another, to be serious is yet another, but to be all three is surely enough to make it a masterpiece' John Spurling, New Statesman

J.G. Farrell was born in Liverpool in 1935 and spent a good deal of his life abroad, including periods in France and North America, and then settled in London where he wrote most of his novels.Among his novels, TROUBLES won the Faber Memorial Prize in 1970 and the Lost Man Booker prize in 2010 and THE SIEGE OF KRISHNAPUR won the Booker Prize in 1973.In April 1979 he went to live in County Cork where only four months later he was drowned in a fishing accident.