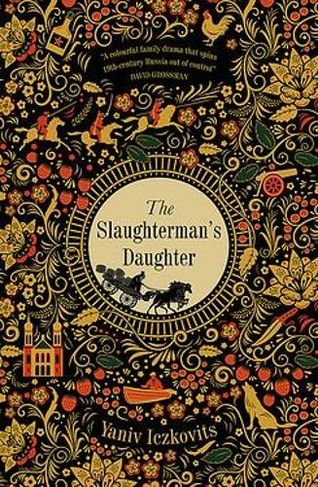 A SUNDAY TIMES MUST READS PICK "Boundless imagination and a vibrant style . . . a heroine of unforgettable grit" DAVID GROSSMAN "A story of great beauty and surprise" GARY SHTEYNGART The townsfolk of Motal, an isolated, godforsaken town in the Pale of Settlement, are shocked when Fanny Keismann - devoted wife, mother of five, and celebrated cheese-maker - leaves her home at two hours past midnight and vanishes into the night. True, the husbands of Motal have been vanishing for years, but a wife and mother? Whoever heard of such a thing. What on earth possessed her? Could it have anything to do with Fanny's missing brother-in-law, who left her sister almost a year ago and ran away to Minsk, abandoning their family to destitution and despair? Or could Fanny have been lured away by Zizek Breshov, the mysterious ferryman on the Yaselda river, who, in a strange twist of events, seems to have disappeared on the same night? Surely there can be no link between Fanny and the peculiar roadside murder on the way to Telekhany, which has left Colonel Piotr Novak, head of the Russian secret police, scratching his head. Surely a crime like that could have nothing to do with Fanny Keismann, however the people of Motal might mutter about her reputation as a vilde chaya, a wild animal . . . Surely not. Translated from the Hebrew by Orr Scharf 12 b&w

Yaniv Iczkovits is an award-winning author and was formerly a lecturer in philosophy at the University of Tel Aviv. His previous works include Pulse (2007), Adam and Sophie (2009) and Wittgenstein's Ethical Thought, based on his academic work, in 2012. In 2002, he was an inaugural signatory of the "combatants' letter", in which hundreds of Israeli soldiers affirmed their refusal to fight in the occupied territories, and he spent a month in military prison as a result. The Slaughterman's Daughter is his third novel and won the Ramat Gan Prize and the Agnon Prize in 2015, the first time the prize had been awarded in ten years. It was also shortlisted for the Sapir Prize. Yaniv Iczkovits previously held a postdoctoral fellowship at Columbia University and lives with his family in Tel Aviv.