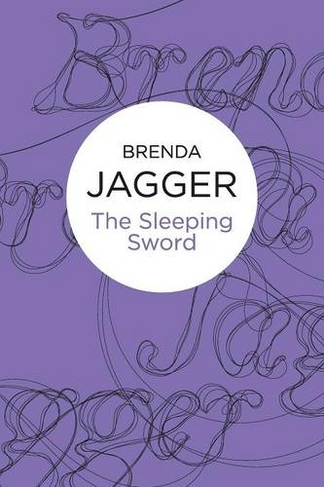 Grace Agbrigg has ambitions beyond merely ornamenting the home of a rich husband. But high Victorian England is still almost wholly a man's world in which women - rich or poor - must do the bidding of father, husband or employer. Attracted against her will to the ambitious and ruthless Gideon Chard, Grace instead makes the marriage that is expected of her. But eventually she breaks free of a relationship that is a sham to become the only divorcee in Cullingford - and a social outcast. Set against a background of change and unrest, of dazzling wealth cheek by jowl with bitter poverty, The Sleeping Sword, which concludes the magnificent Barforth saga, is an unforgettable portrait of an age as well as a compelling story of love between two strong and determined people.

Brenda Jagger was writer of historical fiction, best known for her three-part `Barforth' family saga. Jagger was born in Yorkshire, which was the setting for many of her books including Barforth. The recurring central themes of her work are marriage, womanhood, class, identity, and money in the Victorian Era. Her work has been praised for its compelling plots and moving storylines as well as its exacting emotional descriptions. Her later novel A Song Twice Over won the Romantic Novel of the Year Award in 1986.