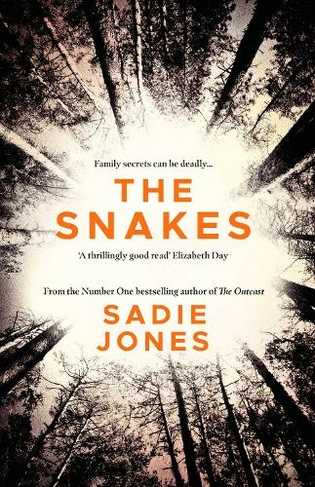 READ THE TENSE TWIST-FILLED RICHARD AND JUDY BOOK CLUB PICK FOR SPRING 2020 FROM THE #1 BESTSELLING AUTHOR OF THE OUTCAST. Family secrets can be deadly... Newly-weds Dan and Bea decide to escape London. Driving through France in their beaten-up car they anticipate a long lazy summer, worlds away from their ordinary lives. But their idyll cannot last. Stopping off to see Bea's brother at his crumbling hotel, the trio are joined unexpectedly by Bea's ultra-wealthy parents. Dan has never understood Bea's deep discomfort around them but living together in such close proximity he begins to sense something is very wrong. Just as tensions reach breaking point, brutal tragedy strikes, exposing decades of secrets and silence that threaten to destroy them all. 'A suspenseful, beautifully written thriller about the corruption of money and abuse within a dysfunctional family' Guardian

Sadie Jones is a novelist and screenwriter. Her first novel, The Outcast ('Devastatingly good', Daily Mail) won the Costa First Novel Award in 2008 and was shortlisted for the Orange Prize. It was also a Richard and Judy Summer Reads number one bestseller and adapted for BBC Television. Her second novel, Small Wars ('Outstanding', The Times; 'One of the best books about the English at war ever', Joel Morris), was published in 2009, and longlisted for the Orange Prize. Her third, in 2012, was The Uninvited Guests ('A shimmering comedy of manners and disturbing commentary on class... a brilliant novel', Ann Patchett) followed by Fallout in 2014 ('Intoxicating and immersive', The Sunday Times).