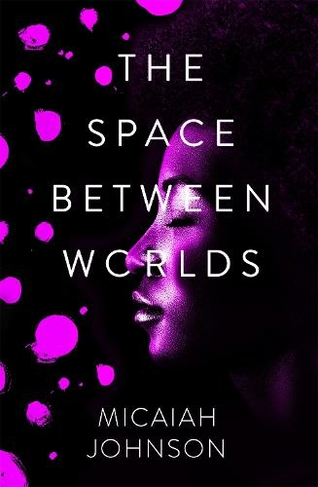 The Space Between Worlds

By Micaiah Johnson (Author)
Hardback
£11.99 rrp £14.99 Save £3.00 (20%)
GBP
Availability
Available / dispatched within 1 - 2 weeks
Free Delivery Available When You Spend £25 Or More
Details
Spend £25 On Products To Receive Free Standard Delivery To Your Home Or Free Next Day Click and Collect To Stores
Share

The Sunday Times bestseller A stunning science fiction debut, The Space Between Worlds is both a cross-dimensional adventure and a powerful examination of identity, privilege, and belonging. 'My mother used to say I was born reaching, which is true. She also used to say it would get me killed, which it hasn't. Not yet, anyway.' Born in the dirt of the wasteland, Cara has fought her entire life just to survive. Now she has done the impossible, and landed herself a comfortable life on the lower levels of the wealthy and walled-off Wiley City. So long as she can keep her head down and avoid trouble, she's on a sure path to citizenship and security - on this world, at least. Of the 380 realities that have been unlocked, Cara is dead in all but 8. Cara's parallel selves are exceptionally good at dying - from disease, turf wars, or vendettas they couldn't outrun - which makes Cara wary, and valuable. Because while multiverse travel is possible, no one can visit a world in which their counterpart is still alive. And no one has fewer counterparts than Cara. But then one of her eight doppelgangers dies under mysterious circumstances, and Cara is plunged into a new world with an old secret. What she discovers will connect her past and future in ways she never could have imagined - and reveal her own role in a plot that endangers not just her earth, but the entire multiverse.

Micaiah Johnson is a biracial author who was raised in a Jehovah's Witness community in the Southern California desert. She graduated high school at the age of 13, received her MFA from Rutgers-Camden, and is currently studying race and robots as a PhD candidate at Vanderbilt. She is on twitter at @micaiah_johnson.