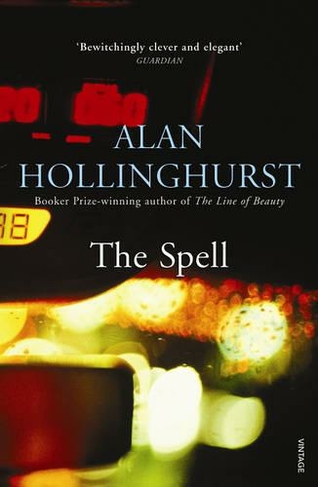 The Spell is a comedy of sexual manners that follows the interlocking affairs of four men: Robin, an architect in his late forties, who is trying to build an idyllic life in Dorset with his younger lover, Justin; Robin's 22 year old son Danny, a volatile beauty who lives for clubbing and casual sex; and the shy Alex, who is Justin's ex-boyfriend. As each in turn falls under the spell of romance or drugs, country living or rough trade, a richly ironic picture emerges of the clashing imperatives of modern gay life. At once lyrical, sceptical and romantic, The Spell confirms Alan Hollinghurst as one of Britain's most important novelists. From the Booker Prize-winning author of The Line of Beauty.

Alan Hollinghurst was born in 1954. He is the author of one of the most highly praised first novels to appear in the 1980s, The Swimming-Pool Library, and was selected as one of the Best of Young British Novelists 1993. His second novel, The Folding Star, won the James Tait Black Memorial Prize and was shortlisted for the 1994 Booker Prize. His novel The Line of Beauty won the Booker Prize in 2004. His most recent novel, The Sparsholt Affair, was published in 2017.