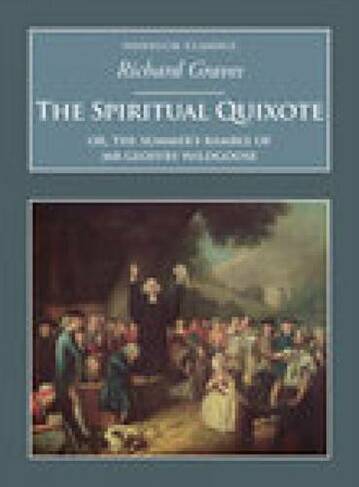 The Spiritual Quixote Or, the Summer's Ramble of Mr Geoffry Wildgoose

Follows the religious and romantic adventures of its hero, a young Oxford man, who, living in retirement with his mother in the country, decides to become an evangelist, although mainly from the lack of any other more interesting occupation.

Richard Graves (1715-1804) was an eighteenth-century English novelist and country cleric. The second son of a landed gentry family, he became a Fellow of All Souls' College, Oxford, but lost this position after the discovery of his secret marriage to Lucy Bartholomew. He eventually found a living as rector of Claverton, near Bath, where he settled with his family for the next fifty years. He is best known for The Spiritual Quixote, which satirised the Methodist revival.