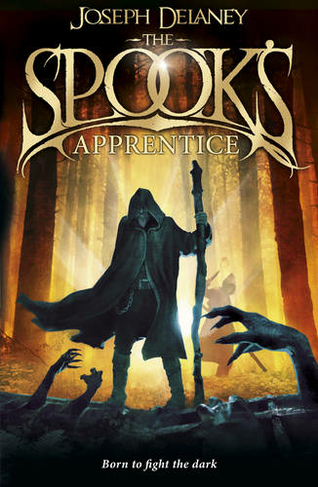 The Spook's Apprentice is the first book in Joseph Delaney's terrifying Wardstone Chronicles - over 3 million copies sold worldwide! 'Someone has to stand against the dark. And you're the only one who can' For years, the local Spook has been keeping the County safe from evil. Now his time is coming to an end, but who will take over? Many apprentices have tried. Some floundered, some fled, some failed to stay alive. Just one boy is left. Thomas Ward. He is the last hope. But does he stand a chance against Mother Malkin, the most dangerous witch in the County?

Joseph Delaney used to be an English teacher, before becoming the best-selling author of the Spook's series, which has been published in 30 countries and sold over 4.5 million copies worldwide. The first book, The Spook's Apprentice, was adapted into a major motion picture starring Jeff Bridges and Julianne Moore.