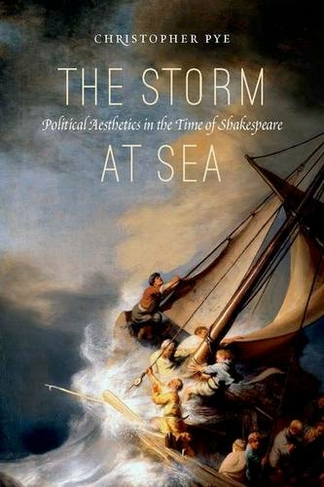 The Storm at Sea: Political Aesthetics in the Time of Shakespeare

The Storm at Sea: Political Aesthetics in the Time of Shakespeare counters a tradition of cultural analysis that judges considerations of aesthetic autonomy in the early modern context to be either anachronistic or an index of political disengagement. Pye argues that for a post-theocratic era in which the mise-en-forme of the social domain itself was for the first time at stake, the problem of the aesthetic lay at the very core of the political; it is precisely through its engagement with the question of aesthetic autonomy that early modern works most profoundly explore their relation to matters of law, state, sovereignty, and political subjectivity. Pye establishes the significance of a "creationist" political aesthetic-at once a discrete historical category and a phenomenon that troubles our familiar forms of historical accounting-and suggests that the fate of such an aesthetic is intimately bound up with the emergence of modern conceptions of the political sphere. The Storm at Sea moves historically from Leonardo da Vinci to Thomas Hobbes; it focuses on Shakespeare and English drama, with chapters on Hamlet, Othello, A Winter's Tale, and The Tempest, as well as sustained readings of As You Like It, King Lear, Thomas Kyd's Spanish Tragedy, and Christopher Marlowe's Doctor Faustus. Engaging political thinkers such as Carl Schmitt, Giorgio Agamben, Claude Lefort, and Roberto Esposito, The Storm at Sea will be of interest to political theorists as well as to students of literary and visual theory.

Christopher Pye is Class of 1924 Professor of English at Williams College. He is the author of The Regal Phantasm: Shakespeare and the Politics of Spectacle and The Vanishing: Shakespeare, the Subject, and Early Modern Culture.