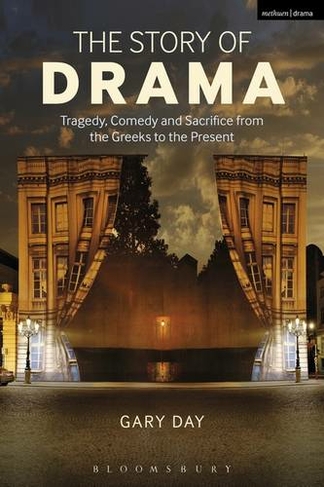 The Story of Drama Tragedy, Comedy and Sacrifice from the Greeks to the Present

Tracing the history of tragedy and comedy from their earliest beginnings to the present, this book offers readers an exceptional study of the development of both genres, grounded in analysis of landmark plays and their context. It argues that sacrifice is central to both genres, and demonstrates how it provides a key to understanding the grand sweep of Western drama. For students of literature and drama the volume serves as an accessible companion to over two millennia of drama organised by period, and reveals how sacrifice represents a through-line running from classical drama to today's reality TV and blockbuster movies. Across the chapters devoted to each period, Day explores how the meanings of sacrifice change over time, but never quite disappear. He charts the influences of religion, social change and politics on the status and purposes of theatre in each period, and on the drama itself. But it is through a close study of key plays that he reveals the continuities centred around sacrifice that persist and which illuminate aspects of human psychology and social organisation. Among the many plays and events considered are Aeschylus' trilogy The Oresteia, Aristophanes' Women at the Thesmorphia, Menander's The Bad-Tempered Man, the spectacles of the Roman Games, Seneca's The Trojan Women, Plautus's The Rope, the Cycle plays and Everyman from the Middle Ages, Shakespeare's King Lear and A Midsummer Night's Dream, Middleton's The Revenger's Tragedy, Jonson's Every Man in His Humour, Thomas Otway's The Orphan, William Wycherley's The Country Wife, Wilde's A Woman of No Importance, Beckett' Waiting for Godot, Tennessee Williams's A Streetcar Named Desire, Suzan-Lori Parks's Topdog/Underdog, Sarah Kane's Blasted and Charlotte Jones' Humble Boy. A conclusion examines the persistence of ideas of sacrifice in today's reality TV and blockbuster movies.

Gary Day recently retired as principal lecturer at De Montfort University, UK, where he taught courses on the history of drama, the eighteenth century, modernism, contemporary drama and contemporary fiction. He is the author of Literary Criticism: A New History (2008) and Modernist Literature: 1890-1950 (2010). He has edited a dozen books, the latest being The Wiley Encyclopaedia of British Eighteenth Century Literature (2015) with Jack Lynch. He has contributed to the Cambridge History of Literary Criticism and to the Oxford Guide to Literary Theory and Criticism. He has also been a regular columnist and reviewer for the Times Higher.