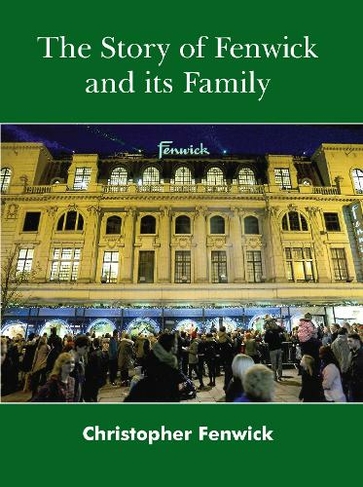 The Story of Fenwick and its Family

The Fenwick family firm was founded by John James Fenwick, known as Mr J.J. Fenwick, in Newcastle upon Tyne in 1882 and, in less than ten years, he had also opened in London's Mayfair on the corner of New Bond Street and Brook Street. He was born, one of eleven children, a sprig of the Fenwick tenant farmer family of North Yorkshire. There was little place in it for his father, who, after a spell in industrial Middlesbrough, returned to Richmond, Swaledale, to run a small grocery shop. John James Fenwick was farmed out to his grandparents from the age of two until ten. It scarcely seemed progress but living with his grandparents and meeting his Uncle Matthew taught him of a wider world that he was determined to address. He found an apprenticeship to a first-class master tailor on Teesside who, on its completion, judged his skill and ambition enough to direct him to Newcastle. Here, he climbed the ladder of his profession to be the Buyer Manager of its finest draper. With this basis, he formed his own business. How he did this and overcame the pitfalls is the root of this story.

Christopher Fenwick was for more than thirty years a Director of Fenwick Ltd, mainly as Marketing and Development Director. He worked with his brothers, cousins and a host of colleagues to develop and expand the business. He is, perhaps, most publicly known for initiating with brilliant Display Manager and Visualiser of the Company, Bill Cass, the annual Christmas animated display windows in the Newcastle store. These attract hundreds of thousands of people of all ages to see them year by year.