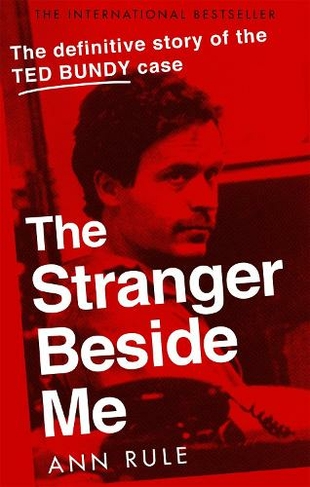 The Stranger Beside Me: The Inside Story of Serial Killer Ted Bundy (New Edition)

THE NEW EDITION OF THE TRUE CRIME CLASSIC The Inside Story of Serial Killer Ted Bundy Ann Rule was a writer working on the biggest story of her life, tracking down a brutal mass-murderer. Little did she know that the young man who was her close friend was the savage slayer she was hunting . . . TED BUNDY was everyone's picture of a natural 'winner' - handsome, charming, brilliant in law school, successful with women, on the verge of a dazzling career. Fast-forward to 24 January 1989, Ted Bundy is executed. He had confessed to taking the lives of at least thirty-five young women, coast to coast. This is his story: the story of his magnetic power, his unholy compulsion, his demonic double life and his string of helpless victims. It was written by a woman who thought she knew Ted Bundy, until she began to put all the evidence together and the whole terrifying picture emerged . . . As recommended by the hosts of the podcast My Favourite Murder. Fascinating further reading for viewers of the Netflix documentary Conversations with a Killer: The Ted Bundy Tapes.