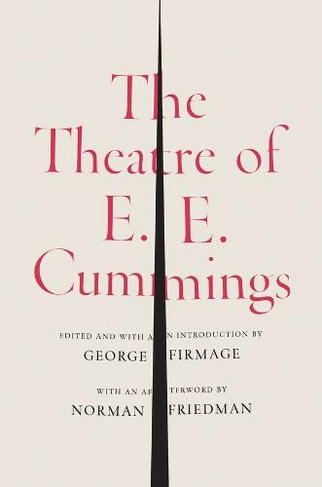 The Theatre of E. E. Cummings

The Theatre of E. E. Cummings collects in their entirety Cummings's long out-of-print theatrical works: the plays HIM (1927), Anthropos (1930), and Santa Claus (1946), and the ballet treatment Tom (1935). In HIM, a creatively blocked artist and his lover, Me, struggle to bridge the impasse in their relationship and in his art. In Anthropos, a Platonic parable, three "infrahumans" brainstorm slogans while a man sketches on a cave wall; and in Santa Claus, Death and Saint Nick exchange identities. Harriet Beecher Stowe's Uncle Tom's Cabin is reimagined as dance, transforming the novel into a symbolic attack against Evil itself. Cummings's prodigious creativity is on display in each of these works, which are ultimately about the place of the artist outside of society. "DON'T TRY TO UNDERSTAND IT, LET IT TRY TO UNDERSTAND YOU," Cummings famously wrote about his intentions for the stage. Thoughtful and witty, Cummings's dramas are an integral part of his canon.