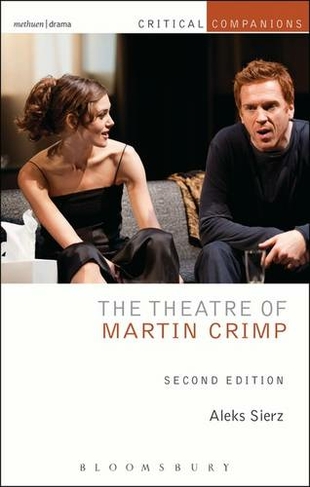 Also available on eBook for £20.27. Click here to purchase from Rakuten Kobo

First published in 2006, Alek's Sierz's The Theatre of Martin Crimp provided a groundbreaking study of one of British theatre's leading contemporary playwrights. Combining Sierz's lucid prose and sharp analysis together with interviews with Martin Crimp and a host of directors and actors who have produced the work, it offered a richly rewarding and engaging assessment of this acutely satirical playwright. The second edition additionally explores the work produced between 2006 and 2013, both the major new plays and the translations and other work. The second edition considers The City, the 2008 companion play to The Country, Play House from 2012 and the new work for the Royal Court in late 2012. The two works that have brought Crimp considerable international acclaim in recent years, the updated rewrite of The Misanthrope which in 2009 played for several months in the West End starring Keira Knightley, and Crimp's translation of Botho Strauss's Big and Small (Barbican, 2012), together with Crimp's other work in translation are all covered. The Theatre of Martin Crimp remains the fullest, most readable account of Crimps's work for the stage.

Aleks Sierz is the theatre critic of Tribune and a freelance theatre reviewer. He is a lecturer in modern British theatre whose seminal study, In-Yer-Face Theatre, defined a new generation of writers and their work. In 2006 Methuen Drama published his guide, The Theatre of Martin Crimp; his subsequent books published by Methuen Drama include Rewriting the Nation: British Theatre Today (2011), The Methuen Drama Guide to Contemporary British Playwrights (co-edited with Martin Middeke and Peter Paul Schnierer, 2011) and Modern British Playwriting: the 1990s (2012). His journalism has featured in the Sunday Times, the Daily Telegraph and the Independent.