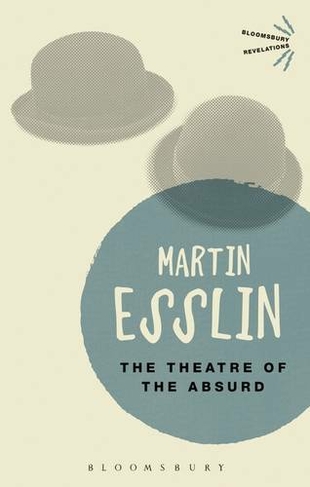 The Theatre of the Absurd: (Bloomsbury Revelations)

By Martin Esslin (Author)
Paperback
https://www.whsmith.co.uk/products/the-theatre-of-the-absurd-bloomsbury-revelations/martin-esslin/paperback/9781472577023-12-000.html £19.79 rrp £21.99 Save £2.20 (10%)
GBP
Availability
In Stock
Free Delivery Available When You Spend £25 Or More
Details
Spend £25 On Eligible Products To Receive Free Standard Delivery To You Home Or Free Next Working Day Click And Collect To Store
Share

The 'Theatre of the Absurd' has become a familiar term to describe a group of radical European playwrights - writers such as Samuel Beckett, Eugene Ionesco, Jean Genet and Harold Pinter - whose dark, funny and humane dramas wrestled profoundly with the meaningless absurdity of the human condition. It is a testament to the power and insight of Martin Esslin's landmark work, originally published in 1961, that its title should enter the English language in the way that it has. Now available in the Bloomsbury Revelations series with a new preface by Marvin Carlson, The Theatre of the Absurd remains to this day a clear-eyed work of criticism on a compelling period of European writing.

Martin Esslin OBE (1918-2002) was a prolific dramatist, producer and translator, as well as being one of the most perceptive theatre critics of the 20th century.