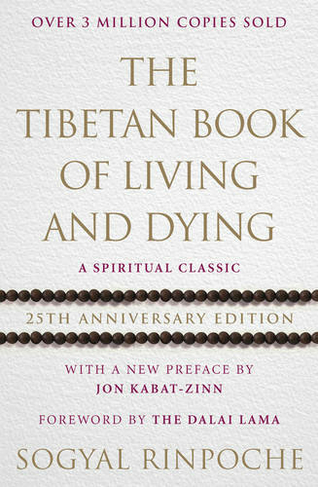 25th Anniversary Edition Over 3 Million Copies Sold 'I couldn't give this book a higher recommendation' BILLY CONNOLLY Written by the Buddhist meditation master and popular international speaker Sogyal Rinpoche, this highly acclaimed book clarifies the majestic vision of life and death that underlies the Tibetan Buddhist tradition. It includes not only a lucid, inspiring and complete introduction to the practice of meditation, but also advice on how to care for the dying with love and compassion, and how to bring them help of a spiritual kind. But there is much more besides in this classic work, which was written to inspire all who read it to begin the journey to enlightenment and so become 'servants of peace'.

Sogyal Rinpoche was born in Tibet and entered a monastery when he was six months old. He received the traditional training of a Tibetan lama from one of the most outstanding Buddhist masters of the 20th century, Jamyang Khyentse Choekyi Lodroe, who raised him like his own son. After fleeing Tibet with his family, Rinpoche was educated in India and Cambridge, England. Since then he has taught throughout the world, developing a unique ability to attune the Tibetan Buddhist teachings to modern life. He is the spiritual director of Rigpa, an organisation devoted to presenting the teachings of the Buddha and to offering support and advice on spiritual care to those facing loss, illness or death, as well as their families and caregivers.