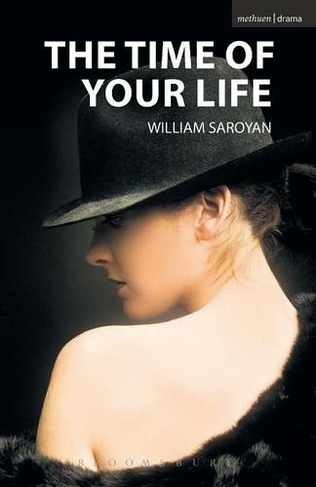 The Time of Your Life: (Modern Plays)

A programme text edition published in conjunction with the Finborough Theatre to coincide with the centenary of the birth of William Saroyan, The Time of Your Life runs from 26 November - 20 December. 'In the time of our life, live - so that in that wondrous time you shall not add to the misery and sorrow of the world, but shall smile to the infinite delight and mystery of it' The Time of Your Life, a rich tapestry of human life, peopled by a profusion of wistful dreamers, pining lonely hearts, and beer-hall-philosophers, is a twentieth century American masterpiece. The Time of Your Life was first presented at The Shubert Theatre, New Haven, USA, on 7 October 1939. It was the first play to win both the New York Drama Critics' Circle award and the Pulitzer Prize. . It has been revived three times on Broadway; was filmed in 1948, starring James Cagney; and twice filmed for TV. It was last seen in the UK in a star-studded Royal Shakespeare Company production in Stratford and London in 1983, and received the following review: 'A remarkable play which blazes forth like a brave beacon: warming and full of fire' Daily Mail

William Saroyan (1908-1981) was an internationally renowned Armenian American writer, playwright, and humanitarian. He achieved great popularity in the thirties, forties, and fifties through his hundreds of short stories, plays, novels, memoirs, and essays. In 1939, Saroyan was the first American writer to win both the New York Drama Critics' Circle Award and the Pulitzer Prize for his play The Time of Your Life. He famously refused to accept the Pulitzer Prize on the grounds that "Commerce should not patronize art." He died near his hometown of Fresno at the age of seventy-two. The Time of Your Life was originally published in 1983 by Methuen.