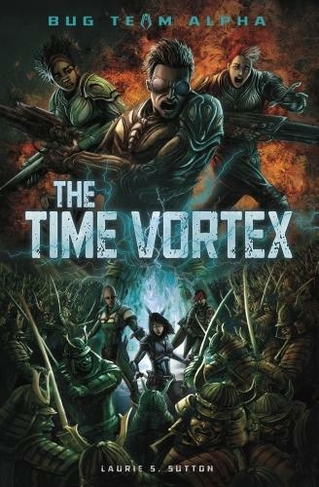 The super-powered soldiers of Bug Team Alpha are engaged in intense combat when an explosion activates an ancient alien time-travelling device. Now half the team has been transported to 1600s Japan, Earth - right into the middle of a samurai battle. Can the special ops men and women find their way back home, without changing history forever? Includes illustrations, character roster, final mission report, plus discussion questions and writing prompts so readers can get the most out of this gripping galactic adventure.

Laurie Sutton has read comics since she was a kid. She grew up to become an editor for Marvel, DC Comics, Starblaze, and Tekno Comics. She has written Adam Strange for DC, Star Trek: Voyager for Marvel, plus Star Trek: Deep Space Nine and Witch Hunter for Malibu Comics. There are long boxes of comics in her closet where there should be clothing and shoes. Laurie has lived all over the world, and currently resides in Florida. Patricio Clarey was born in 1978 in Argentina. He graduated in fine arts at the School of Visual Arts Martin Malharro, specializing in illustration and graphic design. Patricio currently lives in Barcelona, Spain, where he works as a freelance graphic designer and illustrator. He has created several comics and graphic novels, and his work has been featured in several books and other publications.