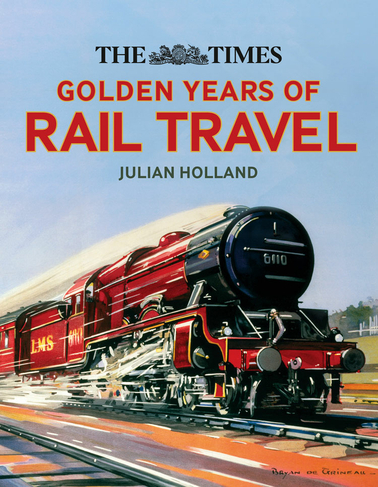 By Julian Holland (Author)
Hardback
https://www.whsmith.co.uk/products/the-times-golden-years-of-rail-travel/julian-holland/hardback/9780008323752-03-000.html £8.00 rrp £30.00 Save £22.00 (73%)
GBP
Availability
In Stock
Free Delivery Available When You Spend £25 Or More
Details
Spend £25 On Products To Receive Free Standard Delivery To Your Home Or Free Next Working Day Click And Collect To Store

Celebrate the heyday of passenger rail travel around Britain with this beautiful Times railway book. Take a journey back to the boom time for Britain's railways, through a unique collection of fascinating stories, photographs, posters and railway ephemera. Leading railway author Julian Holland tells the story of an evocative period in Britain's railway history - gone forever but never forgotten. Explore a century of rail travel in Britain, covering three important periods: * Late 19th century to 1922. The zenith of Britain's railways, with 120 companies operating * 1923 to 1947. Railway companies are grouped into the 'Big Four' * 1948 to 1994. Nationalization heralds the era of British Railways The Golden Years of Rail Travel is the perfect gift for all rail enthusiasts.