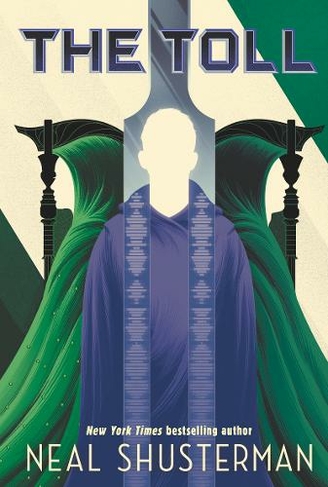 The Toll: (Arc of a Scythe)

The explosive conclusion to the New York Times bestselling Arc of a Scythe series. It's been three years since Rowan and Citra disappeared; since Scythe Goddard came into power; since the Thunderhead closed itself off to everyone but Grayson Tolliver. In this pulse-pounding finale to Neal Shusterman's internationally bestselling trilogy, constitutions are tested and old friends are brought back from the dead.

Neal Shusterman is an award-winning author whose books include the Arc of a Scythe series (Scythe, Thunderhead and The Toll), the New York Times bestselling Unwind series and Challenger Deep, which won a National Book Award. He also writes screenplays for film and television, for shows such as Goosebumps and Animorphs. He lives in Southern California with his four children. Follow him on Twitter: @NealShusterman