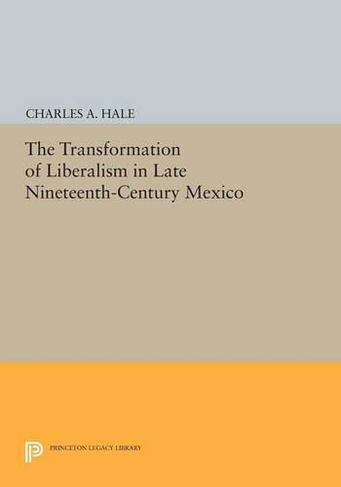 The Transformation of Liberalism in Late Nineteenth-Century Mexico

A leading intellectual historian of Latin America here examines the changing political ideas of the Mexican intellectual and quasi-governmental elite during the period of ideological consensus from the victory of Benito Juarez of 1867 into the 1890s. Looking at Mexican political thought in a comparative Western context, Charles Hale fully describes how triumphant liberalism was transformed by its encounter with the philosophy of positivism. In so doing, he challenges the prevailing tendency to divide Mexican thought into liberal and positivist stages. The political impact of positivism in Mexico began in 1878, when the "new" or "conservative" liberals enunciated the doctrine of "scientific politics" in the newspaper La Libertad. Hale probes the intellectual origins of scientific politics in the ideas of Henri de Saint-Simon and Auguste Comte, and he discusses the contemporary models of the movement the conservative republics of France and Spain. Drawing on the debates between advocates of scientific politics and defenders of the Constitution of 1857 in its pure form, he argues that the La Libertad group of 1878 and their heirs, the Cientificos of 1893, were constitutionalists in the liberal tradition and not merely apologists for the authoritarian regime of Porfirio Diaz. Hale concludes by outlining the legacy of scientific politics for post-revolutionary Mexico, particularly in the present-day efforts to inject "democracy" into the political system. Originally published in 1990. The Princeton Legacy Library uses the latest print-on-demand technology to again make available previously out-of-print books from the distinguished backlist of Princeton University Press. These editions preserve the original texts of these important books while presenting them in durable paperback and hardcover editions. The goal of the Princeton Legacy Library is to vastly increase access to the rich scholarly heritage found in the thousands of books published by Princeton University Press since its founding in 1905.