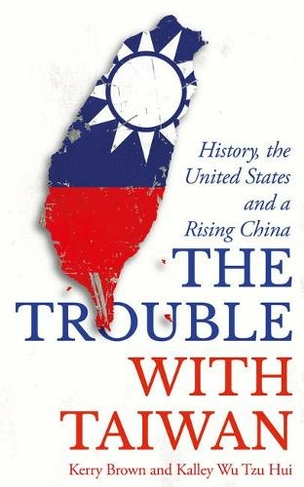 The Trouble with Taiwan: History, the United States and a Rising China (Asian Arguments)

'Fresh and authoritative, written with brio and precision.' Thomas Plate, author of Yo-Yo Diplomacy 'An important and timely guide to one of the most dangerous potential flashpoints for future conflict between the West and China.'James Griffiths, author of The Great Firewall of China 'Brown and Wu Tzu-hui help situate a Taiwan whose "place" in the world is otherwise plagued by uncertainty.' Benjamin Zawacki, author of Thailand

Kerry Brown is Professor of Chinese studies and Director of the Lau China Institute,at King's College, London. Prior to this he spent seven years working for the British Foreign and Commonwealth Office, including as First Secretary at the British Embassy in Beijing. His previous books include CEO China: The Rise of Xi Jinping (2016) and China and the New Maoists (with Simone van Nieuwenhuizen, Zed 2016).Kalley Wu Tzu Hui is a researcher and international financial consultant specializing in China. She has worked for over a decade in finance and international trade in Taiwan, the UK and Australia. She is a native of Taiwan.