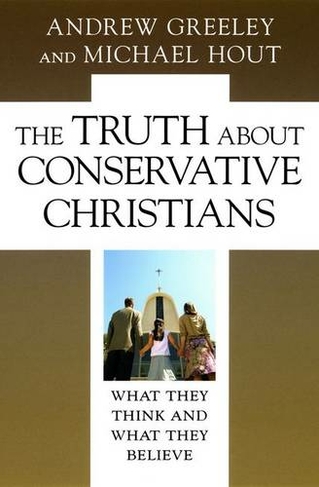 Ever since the reelection of President Bush, conservative Christians have been stereotyped in the popular media: Bible-thumping militants and anti-intellectual zealots determined to impose their convictions on such matters as evolution, school prayer, pornography, abortion, and homosexuality on the rest of us. But conservative Christians are not as fanatical or intractable as many people think, nor are they necessarily the monolithic voting block or political base that kept Bush in power. Andrew M. Greeley and Michael Hout's eye-opening book expertly conveys the complexity, variety, and sensibilities of conservative Christians, dispelling the myths that have long shrouded them in prejudice and political bias. For starters, Greeley and Hout reveal that class and income have trumped moral issues for these Americans more often than we realize: a dramatic majority of working-class and lower-class conservative Christians backed liberals such as Jimmy Carter and Bill Clinton during their runs for president. And when it comes to abortion, most conservative Christians are not consistently pro-life in the absolute fashion usually assumed: they are still more likely to oppose the practice than other Americans, but 86 percent of them are willing to tolerate it to protect the health of the mother or when the woman has been raped, and 22 percent of them are even pro-choice. What do conservative Christians really think about evolution, homosexuality, or even the meaning of the word of God? Answering these questions and more, "The Truth about Conservative Christians "will interest and surprise a broad range of readers, especially in this heated election year. " 23 line drawings, 27 tables