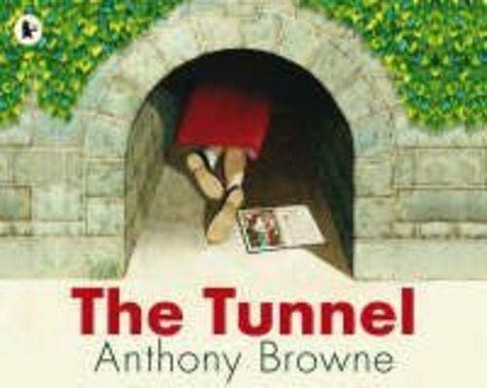 Anthony Browne is at his most brilliant in a new edition of this profound picture book about sibling relations. Once upon a time there lived a brother and sister who were complete opposites and constantly fought and argued. One day they discovered the tunnel. The boy goes through it at once, dismissing his sister's fears. When he doesn't return his sister has to pluck up the courage to go through the tunnel too. She finds her brother in a mysterious forest where he has been turned to stone...

Anthony Browne is one of the most popular and stylistically distinctive children's book artists with a number of outstanding titles to his credit. Gorilla was the winner of the Kate Greenaway Medal and the Kurt Maschler Award. Other titles include four books featuring Willy the lovable chimp: Willy the Wimp (9780744543636); Willy the Champ (9780744543568); Willy the Dreamer (9780744569643) and Willy's Pictures (9780744582406) as well as the picture books Into the Forest (9781844285594) and Silly Billy (9781406305760). In 2000, Anthony received the highest international honour for illustration, the Hans Christian Andersen Award, for his services to children's literature - the first British illustrator to win the prize since 1956.