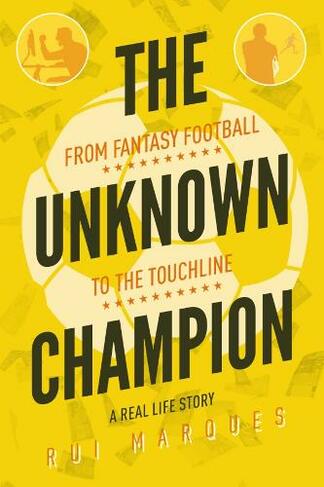 The Unknown Champion From Fantasy Football to the Touchline

The inspirational story of respected football talent scout, Rui Marques. Instead of continuing on the rather dull career path of an economist, Rui transformed his destiny by winning major Fantasy Football competitions in two different countries, and carving his own unique path into the real world of football. From early childhood Rui developed a great passion for football, yet only years later came to recognise his gift of being able to spot raw sporting talent. After completing an economics degree, Rui entered a Daily Mirror Fantasy Football competition - and won the first prize of GBP75,000. This was followed with another Fantasy first place in Germany, scooping Bild's EURO100,000 prize. As a result he earned his first scouting job at a Portuguese club, but after only two seasons became European scout at Sporting Kansas City, helping his team to win trophies before taking on a challenging new role as European scout with Polish champions Legia Warsaw. The Unknown Champion is the ultimate proof that if we follow our dreams, they can come true. Includes colour photo section

Rui Marques is an internationally successful football talent scout, who has now chosen to share the incredible story of his entry into the world of football. He managed to leave behind an average career in the financial department of a multinational by winning two major fantasy football competition prizes, competing with thousands of people worldwide. The Unknown Champion is his first book.