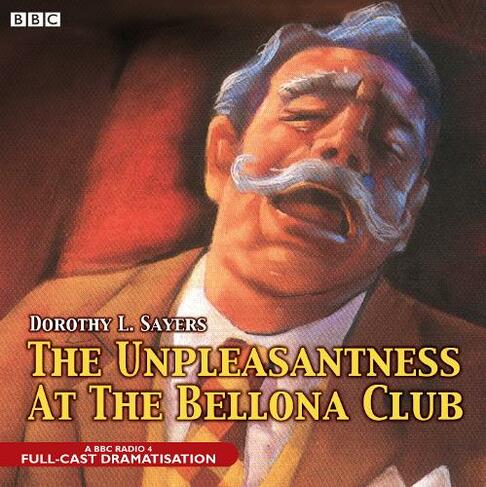 The Unpleasantness At The Bellona Club Unabridged edition

The dignified calm of the Bellona Club is shattered when Lord Peter Wimsey finds General Fentiman dead in his favourite chair. A straighforward death by natural causes? Perhaps... but why can no-one rememeber seeing the general the day he died? And who is the mysterious Mr Oliver? Lord Peter moves between London and Paris, salon and suburbs, to unfold the intriguing case. The elegant, intelligent amateur sleuth Lord Peter Wimsey is one of detective literature's most popular creations. Ian Carmichael is the personification of Dorothy L. Sayers' charming investigator in this BBC Radio 4 full-cast dramatisation.

Dorothy Leigh Sayers (13 June 1893 - 17 December 1957) was a renowned English crime writer, poet, playwright, essayist, translator, and Christian humanist. She was also a student of classical and modern languages.She is best known for her mysteries, a series of novels and short stories set between the First and Second World Wars that feature English aristocrat and amateur sleuth Lord Peter Wimsey, which remain popular to this day. However, Sayers herself considered her translation of Dante's Divine Comedy to be her best work. She is also known for her plays, literary criticism, and essays.