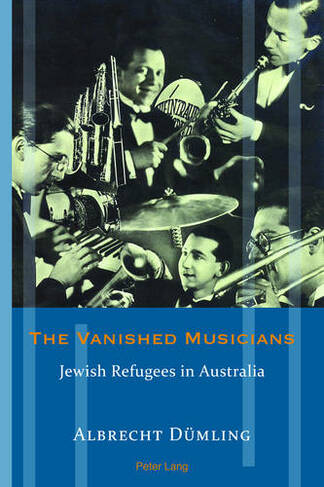 About 9,000 Jewish refugees from Nazi Germany settled in Australia between 1933 and 1945, a small fraction of the hundreds of thousands who fled. Although initially greeted with a mixed reception as "enemy aliens", some of these refugees remained and made a significant impact on multicultural Australia. This book traces the difficult journey of the orchestral performers, virtuoso soloists, singers, conductors and composers who sought refuge on a distant continent. A few were famous artists who toured Australia and stayed, most notably the piano virtuoso Jascha Spivakovsky and the members of the Weintraubs Syncopators, one of the most successful jazz bands of the Weimar Republic. Drawing on extensive primary sources - including correspondence, travel documents and interviews with the refugees themselves or their descendants - the author depicts in vivid detail the lives of nearly a hundred displaced musicians. Available for the first time in English, this volume brings to light a wealth of Jewish, exilic and musical history that was hitherto unknown.

Albrecht Dumling is a musicologist and music critic. After completing his doctorate on Arnold Schoenberg and Stefan George, he published the first comprehensive book on Bertolt Brecht's collaboration with composers. For several years he was a music critic for Der Tagesspiegel and Frankfurter Allgemeine Zeitung. His exhibition on Nazi music policies, Degenerate Music: A Critical Reconstruction, travelled to venues all over the world, including London, Amsterdam, Los Angeles, Seville and Tel Aviv. Dumling was also Project Consultant for the DECCA CD series Entartete Musik. He is the chair of the society musica reanimata, and was the first recipient of the European Cultural Prize KAIROS.Diana K. Weekes is the translator of the volume.