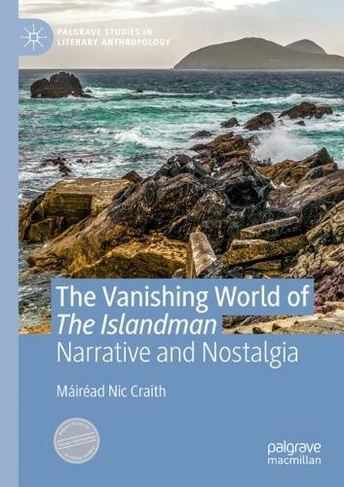 The Vanishing World of The Islandman: Narrative and Nostalgia (Palgrave Studies in Literary Anthropology 1st ed. 2020)

Exploring An t-Oileanach (anglicised as The Islandman), an indigenous Irish-language memoir written by Tomas O Criomhthain (Tomas O'Crohan), Mairead Nic Craith charts the development of O Criomhthain as an author; the writing, illustration, and publication of the memoir in Irish; and the reaction to its portrayal of an authentic, Gaelic lifestyle in Ireland. As she probes the appeal of an island fisherman's century-old life-story to readers in several languages-considering the memoir's global reception in human, literary and artistic terms-Nic Craith uncovers the indelible marks of O Criomhthain's writing closer to home: the Blasket Island Interpretive Centre, which seeks to institutionalize the experience evoked by the memoir, and a widespread writerly habit amongst the diasporic population of the Island. Through the overlapping frames of literary analysis, archival work, interviews, and ethnographic examination, nostalgia emerges and re-emerges as a central theme, expressed in different ways by the young Irish state, by Irish-American descendants of Blasket Islanders in the US today, by anthropologists, and beyond. 6 Illustrations, black and white; XXV, 187 p. 6 illus.

Mairead Nic Craith is Professor and Chair in Cultural Heritage and Anthropological Studies and Director of the Intercultural Centre at Heriot-Watt University in Edinburgh, Scotland, UK.