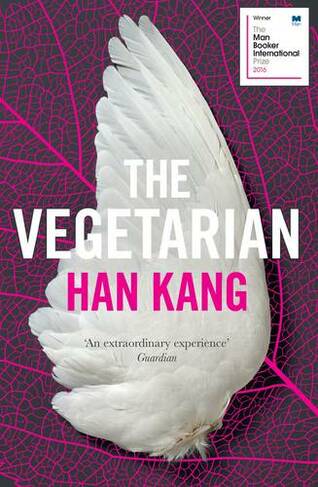 The Vegetarian: A Novel

Yeong-hye and her husband are ordinary people. He is an office worker with moderate ambitions and mild manners; she is an uninspired but dutiful wife. The acceptable flatline of their marriage is interrupted when Yeong-hye, seeking a more 'plant-like' existence, decides to become a vegetarian, prompted by grotesque recurring nightmares. In South Korea, where vegetarianism is almost unheard-of and societal mores are strictly obeyed, Yeong-hye's decision is a shocking act of subversion. Her passive rebellion manifests in ever more bizarre and frightening forms, leading her bland husband to self-justified acts of sexual sadism. His cruelties drive her towards attempted suicide and hospitalisation. She unknowingly captivates her sister's husband, a video artist. She becomes the focus of his increasingly erotic and unhinged artworks, while spiralling further and further into her fantasies of abandoning her fleshly prison and becoming - impossibly, ecstatically - a tree. Fraught, disturbing and beautiful, The Vegetarian is a novel about modern day South Korea, but also a novel about shame, desire and our faltering attempts to understand others, from one imprisoned body to another.

Han Kang was born in Gwangju, South Korea, and moved to Seoul at the age of ten. She studied Korean literature at Yonsei University. Her writing has won the Yi Sang Literary Prize, the Today's Young Artist Award, and the Korean Literature Novel Award. The Vegetarian, her first novel to be translated into English, was published by Portobello Books in 2015 and won the 2016 Man Booker International Prize. She is also the author of Human Acts (Portobello, 2016) and The White Book (Portobello, forthcoming 2017). She is based in Seoul.Deborah Smith's translations from the Korean include two novels by Han Kang, The Vegetarian and Human Acts, and two by Bae Suah, A Greater Music and Recitation. In 2015 Deborah completed a PhD at SOAS on contemporary Korean literature and founded Tilted Axis Press. In 2016 she won the Arts Foundation Award for Literary Translation. She tweets as @londonkoreanist.