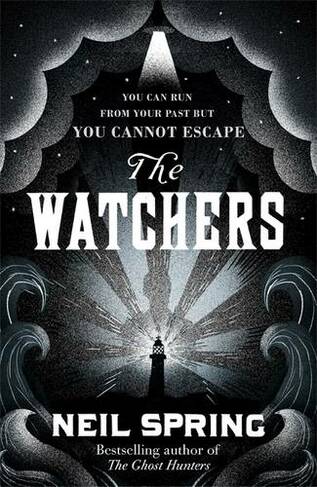 By Neil Spring (Author)
Paperback
https://www.whsmith.co.uk/products/the-watchers/neil-spring/paperback/9781784290634-12-000.html £8.19 rrp £9.99 Save £1.80 (18%)
GBP
Availability
In Stock
Free Delivery Available When You Spend £25 Or More
Details
Spend £25 On Products To Receive Free Standard Delivery To Your Home Or Free Next Working Day Click And Collect To Store

A chilling tale based on true events from the bestselling author of The Ghost Hunters - now a major ITV drama starring Rafe Spall At the height of the Cold War, officials at the Ministry of Defence conducted a highly secret investigation into unusual events that occurred along a strip of rugged coastline within the Pembrokeshire National Park nicknamed 'The Broad Haven Triangle'. The events made national headlines: lights and objects hovering in the sky, ghostly figures peering into farmhouse windows, cowering animals, and poltergeists plaguing a terrified family of witnesses.Thirty years later, official files pertaining to these occurrences were finally released for public scrutiny at the National Archives. The disclosure prompted a new witness to come forward to speak of what he knew. His testimony rocked the very foundations of the British Government. This is his story.

Neil Spring was born in south Wales in 1981. He started writing at the age of twenty-eight. Between 1999 and 2002 he studied philosophy, politics and economics at Somerville College, Oxford. In 2013 he published The Ghost Hunters, a paranormal thriller based on the life of Harry Price. The Ghost Hunters received outstanding reviews and has been adapted into a major television drama under the title Harry Price: Ghost Hunter for ITV. Neil is Welsh and lives in London. The Watchers is his second novel. You can contact him on Twitter @NeilSpring or visit him at www.neilspring.com.