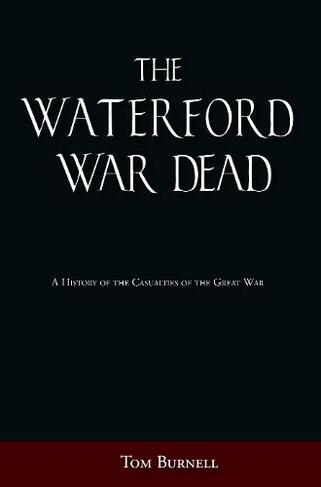 Following on from the success of the War Dead series in counties Tipperary, Wexford, Wicklow ,and Offaly, Tom Burnell now turns his attention to County Waterford and the unfortunate soldiers from this area who lost their lived during the First World War. After tireless research Tom Burnell has put together a comprehensive record of the soldiers, officers, sailors, airmen and nursing sisters, who listed their next of kin as being from Waterford. The men and women honoured in The Waterford War Dead died in the service of the British Army, the Australian Army, the New Zealand Army, the American Army, the Indian Army, the Canadian Army, the South African Army, the Royal Navy or the British Mercantile Marine. Such a list, combined with intricate data and never-before-seen correspondence and photographs, is an essential addition to any local historian or military enthusiast's bookshelf.

This is Tom Burnell's sixth book for The History Press Ireland, having previously written The Anglicized Words of Irish Placenames, The Tipperary War Dead, The Wicklow War Dead, The Wexford War Dead, and The Offaly War Dead.