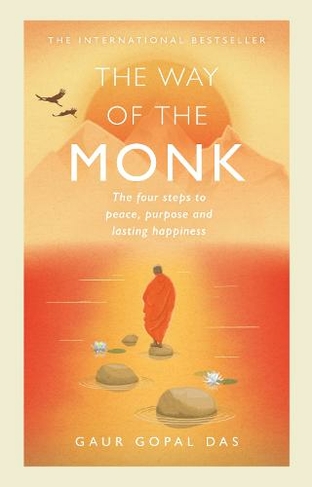 The Way of the Monk: The four steps to peace, purpose and lasting happiness

THE INTERNATIONAL BESTSELLER. Do you ever have the feeling that life isn't going your way? Discover how to master the monk mindset with world-renowned motivational coach and Indian monk Gaur Gopal Das as he reveals how to tackle our modern anxieties with characteristic serenity, profound wisdom and irresistible humour. In The Way of the Monk, Das takes us on an unforgettable journey and offers precious insights to make life happier and easier, even in the stormiest of times. Whether you are looking to find your purpose, strengthen relationships, discover inner calm or give back to the world, this thought-provoking book will challenge you to change your outlook and align yourself with the life you want to live. *Previously published as Life's Amazing Secrets*

Gaur Gopal Das studied electrical engineering but after a brief stint in business decided to live life as a monk in an ashram in downtown Mumbai. He has been there for twenty-two years, learning the antiquity of ancient philosophy and modernity of contemporary psychology, to become a life-coach to thousands in the city. Since 2005 Gaur Gopal Das has been travelling the world sharing the wisdom that he has learnt with corporate executives, universities and charities.. With millions of views on his videos on social media, he has now begun to lead a movement to help others achieve happiness and purpose in their lives. Now one of the most famous monks in the world, Gaur Gopal Das holds the title of 'The Ideal Young Spiritual Guru,' conferred upon him by the Indian Student Parliament, MIT Pune.