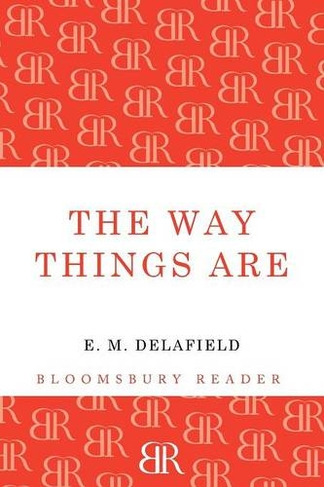 The Way Things Are

"'You've never told me about your marriage, Laura?' said Duke Ayland. . . . 'Yes. It's only - I'm very fond of Alfred,' said Laura, taking the plunge and temporarily unaware that almost all wives begin conversations about almost all husbands in precisely the same way" Laura has been married for seven years. On those occasions when an after-dinner snooze behind The Times seems preferable to her riveting conversation about their two small sons, Laura dismisses the notion that Alfred does not understand her, reflecting instead that they are what is called happily married. At thirty-four, Laura wonders if she's ever been in love - a ridiculous thing to ask oneself. Then Duke Ayland enters her life and that vexing question refuses to remain unanswered . . . With Laura, beset by perplexing decisions about the supper menu, the difficulties of appeasing Nurse, and the necessity of maintaining face within the small village of Quinnerton, E.M. Delafield created her first "Provincial Lady". And in the poignancy of Laura's doubts about her marriage, she presents a dilemma which many women will recognise.

Born to Count Henry de la Pasture and his novelist wife, Delafield (1890-1943) was brought up according to strict Late Victorian precepts, but failing to ensnare a husband, she entered a convent in Belgium the moment she was 21. Having recovered from this experience she became a VAD, (voluntary nursing for the war effort) and wrote her first novel. Delafield started publishing in her mid twenties and the year her fourth novel Consequences was published, she married Paul Dashwood, a civil engineer turned land agent; three years in Malaya was followed by life in rural Devon. Many of her novels and short stories are semi-autobiographical or stem from her experiences living abroad and in the rural countryside.