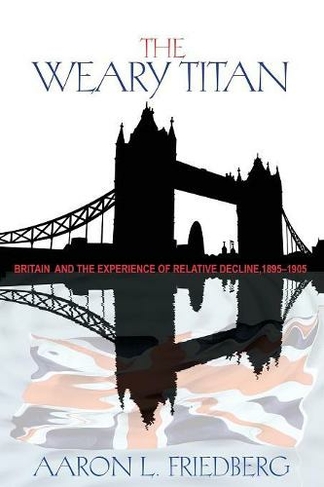 The Weary Titan Britain and the Experience of Relative Decline, 1895-1905 Revised edition

How do statesmen become aware of unfavorable shifts in relative power, and how do they seek to respond to them? These are puzzles of considerable importance to theorists of international relations. As national decline has become an increasingly prominent theme in American political debate, these questions have also taken on an immediate, pressing significance. The Weary Titan is a penetrating study of a similar controversy in Britain at the turn of the twentieth century. Drawing on a wide variety of sources, Aaron Friedberg explains how England's rulers failed to understand and respond to the initial evidence of erosion in their country's industrial, financial, naval, and military power. The British example suggests that statesmen may be slow to recognize shifts in international position, in part because they rely heavily on simple but often distorting indicators of relative capabilities. In a new afterword, Friedberg examines current debates about whether America is in decline, arguing that American power will remain robust for some time to come.

Aaron L. Friedberg is professor of politics and international affairs at Princeton University. He is the author of "In the Shadow of the Garrison State" (Princeton).