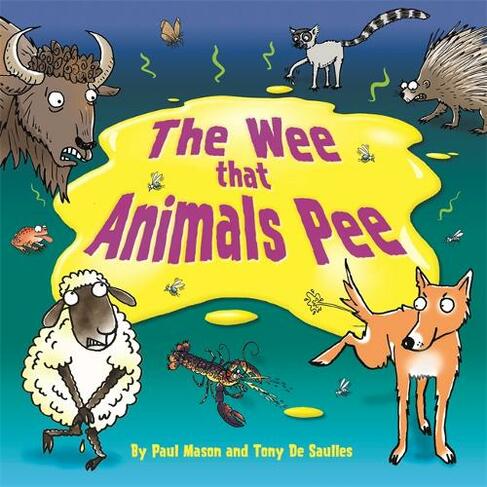 The Wee that Animals Pee

Discover the wackiest facts about animals and their wee - and the scintillating science behind it! Welcome to the weird world of animal wee! Find out which animals are the fastest at peeing, which animals don't actually pee and how animal wee can save the planet! Impress friends with "would you wee-lieve it?" wacky animal wee facts and discover the fascinating science behind animal wee, with Paul Mason's highly accessible and entertaining text. The Poo that Animals Do illustrator Tony De Saulles combines his trademark humorous artwork with fun, factual photographs to create a bladder-busting encyclopedia of animal wee. Perfect for any curious reader but ideally pitched for 7+

Paul's books cover a wide range of subjects, from whether the Romans ate crisps to how to build the world's best skatepark, but he writes mostly about sport. Whether you are interested in swimming, cycling, snowboarding, surfing or another sport, Paul has probably written something that will inspire you to get out and give it a try. Paul writes in a shack by the beach, which he shares with his one-eyed surf dog, Daisy. Tony De Saulles is the illustrator of the bestselling multi award-winning Horrible Science series, which won The Blue Peter Prize for Best Book With Facts. In between the Horrible Science titles Tony also writes his own books, holds cartoon illustration workshops and appears at book festivals. Visit Tony's website www.tonydesaulles.co.uk and follow him on Twitter @TonyDeSaulles.